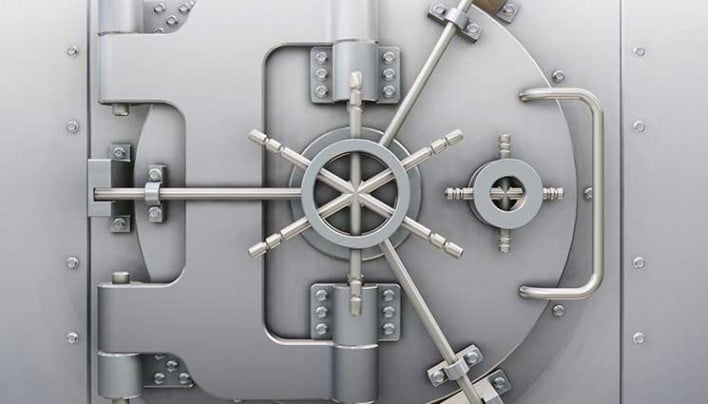 Unless you have been on vacation the past few days or out of touch with the never ending news media we live in you have seen or heard about the event in Cyprus. For those who haven’t heard, the short story is that the IMF has pushed for a “wealth tax” in Cyprus which would involve taking money directly out of the bank accounts of the people. That’s right, stealing in broad daylight with no apologies whatsoever. The IMF is saying that the people of Cyprus need to pay back the bankers who stole and lost their money. This is done with the threat of being kicked out of the Euro zone if they refuse. Make no mistake, this is a trial run and they will be coming for money in your accounts very soon.

So, what can you do about it? Can you put your money in stocks? What about investments like property or fancy cars? My opinion is that nothing is safe. If your money is out of your reach and stored in any type of financial institution it can be stolen. Before I go any further let me state what should be obvious to most of you.

Warning #1: Whatever you do with your money, you do at your own risk.

Now, that being said, where would you put your money if you can’t stick it in the bank? Well, first let me address why we put money into the banks in the first place. It used to be that our money was safe in the bank and for the privilege of letting banks hold on to our money and invest it we were paid back in interest. Over time, neither of these two reasons is valid anymore. You will not see any return on a traditional checking or saving account and as recent events like the MF Global scandal prove, your money can be taken and there is nothing you can do about it.

I recommend you keep only enough money in the bank that you need to operate your daily finances, cover checks and your normal Debit Card purchases. Any savings should be “stored” somewhere else if you don’t want to be like the people of Cyprus who flocked to empty ATM machines and were faced with a bank holiday for 4 days. Just imagine going to your bank and they tell you that you are unable to get any of YOUR money out for 4 days. Where do you put this money? Great question and it will really depend on how much you have, where you live, how liquid you need it to be and your resources. All of this falls under the umbrella of how afraid you are that something like this could happen to you and your tolerance for risk.

Warning #2: Just because you hide money doesn’t mean someone else can’t find it.

There are a ton of options for hiding things and they are only limited to your creativity. If you are going to hide money, I would take extra precautions. Especially, if you plan on seeing this money again someday. For ideas, here are a few:

There are a myriad of places and containers that can be made to look like normal everyday items. There is a Scribd.com post with plenty of photos and ideas. My personal favorite is the VHS tape hideout. I can see this holding a few hundred dollars if you play it right. There is another article (one of many) that illustrates good hiding places on Urlesque.com. Another idea I have heard of is to hide bills in the contents of old bank statements, junk mail for home refinance, etc. Anything that looks like junk will be overlooked most likely, but remember… You don’t want to throw this away when you are cleaning up one day.

In the walls of your home:

This approach takes a little more carpentry skills and will leave a bigger mark when you go to find your money. Do you hide it all in one spot? No, so there is more work involved in this approach and you want to make sure your handiwork isn’t easy to spot. If you have never dry walled, it may take a little practice.

Hands down the easiest place to store your money. Unfortunately, this is also a logical place to look. If you are going to hide your money up in the attic, spread it out so that if your stash is found, they might not find all of it.

If you have exposed ceiling joists, you can hide money between the insulation and the floor above. For a little extra level of difficulty, you should hide the money above plumbing or HVAC ducting to make it doubly hard to get to.

Buried in the yard:

I like this idea, but the nagging fear is that someone will see me digging a hole and go dig up my money in the middle of the night while I lie in bed. You can combine this with a garden or yard fixture project where you are out digging anyway to avoid suspicion. Or, break out the new pair of night vision goggles you have been dying to try, get up at 4 am and dig your hole in the pitch black night when you have no moon. Imagine you are breaking out of prison for extra motivation.

Hidden in a secret cache in a remote location:

I talked about using the game of Geocaching to teach you how to find hidden caches. You can also use this to find a good hiding spot somewhere near (but not too near) your home. Make the place you are hiding money very well hidden so that nobody will stumble across it accidentally. I would recommend midway up a hill because you never know when a flood will come and buried several feet underground.

Warning #3: Just because you hide your money doesn’t mean you will be able to get to it when you need it.

Again, use your best judgment with these ideas. Having your money safe from bankers does you no good if it gets washed away or found by hikers out exploring. Worse, if your house burns down and all of your cash is in the attic. Take appropriate precautions with everything but consider an alternate place to store your money. You may need it soon and not have the ability to go get it from your bank.

This article has been generously contributed by The Prepper Journal