In the Spring 2013 edition of the (free) Preparedness Review from Todd Sepulveda, founder of the Prepper Website and Education After the Collapse, leading preparedness authors and strategist share their insights, ideas and tips to help you make the most realistic plan possible.

The Preparedness Review, a semi-annual archiving project, is available in PDF format.

It can be downloaded, saved, printed and shared.

A lot has happened since November, 2012 when TPR1 was released. People are waking up to the idea that preparedness makes sense. And although people are starting to see the cracks gaping holes in our society, economy, etc…, one thing that will be more and more important to everyone who moves towards a preparedness, self-reliant lifestyle is the skill to put the best plans in place. We know that it doesn’t come down to the best gear, it comes down to knowing how to do “the stuff.”

This edition focuses on skills. Not every article is a skill article, but you will find that the majority of articles are focused on skills that you can utilize in your preparedness lifestyle.

Topics in this edition include: 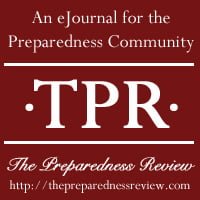