Founders – In the Near Future the Entire Social, Political, and Economic Infrastructure of America Has Collapsed

Sometime in the near future the world as we know it will change drastically. The financial and economic systems we have come to depend on will finally buckle, and when they do, those things that we take for granted today – our ability to conveniently engage in commerce, to depend on police and medical responders to be there in an emergency, and even turning on our lights at night – will become a thing of the past.

When this ‘crunch’ happens, those who are unprepared for it are destined to suffer the worst of what mankind has to offer. There will be no food, no fuel, no ease of travel and no rule of law.

This worst case scenario is the background story of the trilogy introduced by Survival Blog author James Rawles.

In his first book, Patriots, Rawles introduced to a tight-knit group of individuals who had for years taken steps to prepare for just such a scenario, and when the crunch came they were ready for it. His second novel, Survivors, which took place during the same ‘event’ followed a variety of characters in the United States and abroad as they struggled to come to terms with what had happened and the challenges they faced as crime rose exponentially and hordes of gangs overtook villages and towns in an effort to acquire critical resources.

The long-awaited final book of the series, Founders, has now become available and promises to be just as exciting and informative as the first two.

It’s the near future, and thanks to a perfect storm of reckless banking practices, hyperinflation, a stock market gone mad, and the negligence of our elected officials, the entire social, political, and economic infrastructure of America has collapsed. Chaos reigns in the streets, medical treatment is no longer available, and a silent coup has placed a dangerous group of men at the helm of a false government. America’s fate is in the hands of those few individuals who have the survival skills, the faith, and the forethought to return this country to the state its founding fathers intended. 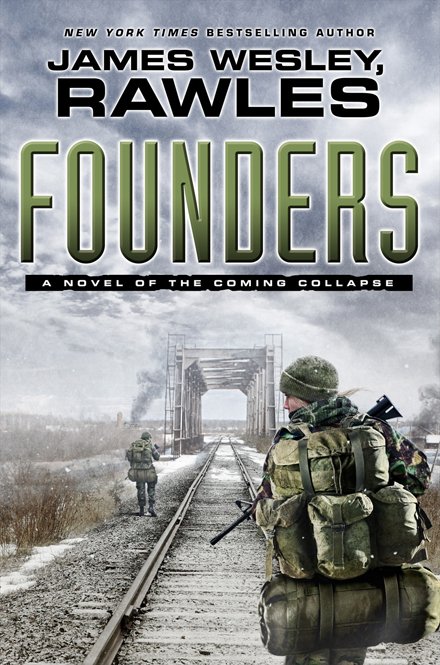 As in his previous books, Rawles, a former intelligence officer in the United States Army, weaves a fictional account of the collapse of a nation with a realistic approach to survival, providing key strategies and tools that will be invaluable if the world as we have come to know it falls apart.

If you’ve realized that something’s not right, and that an economic collapse or other major event may threaten the relatively peaceful and prosperous lifestyles we’ve become so used to, consider adding all three of the novels in this trilogy to your preparedness library.

Also see: How to Survive (The End of the World as We Know It)