A Peek Into A Billionaire’s Bug Out Plan 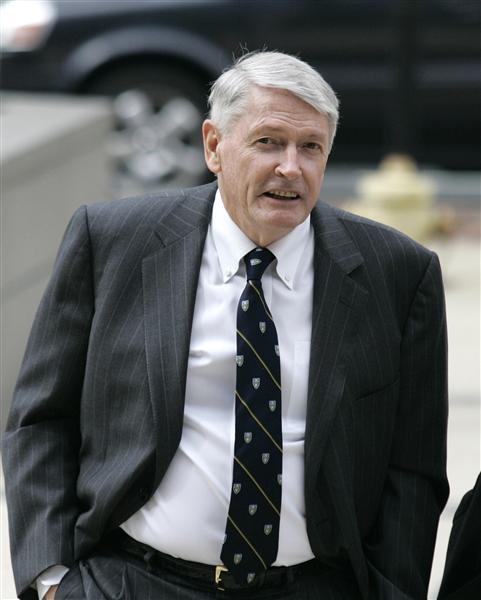 For those who think preparing for an economic or political collapse of the world as we know it is reserved for crackpots and those sporting the latest in tin foil head wear, you may be surprised to learn that some of the big money players are thinking the same way.

John Malone is the chairman of Liberty Media and in 2008 was ranked 553 on the world’s billionaire list, with an estimated net worth of $2.2 billion.

In a recent interview with the Wall Street Journal, the 69 year old Malone voiced some of his concerns regarding the stability of the United States and what his plans were if the worst came to fruition. The interview centered around his strategy for his company Liberty Media, though Malone had some insights that took the broader world view into consideration.

WSJ: What are the biggest risks for Liberty right now?

Mr. Malone: I think the biggest concern I have for the next year or two would be on the retail side, because of the consumer sentiment and the macro conditions. The concerns really tend to be much more macro: Is America going to make it, rather than are we going to make it? It’s pretty hard. If the country doesn’t make it, do any of us make it?

WSJ: What are you doing to protect against the weak American economy?

Mr. Malone: Well, my wife, who is very concerned about these things, moved all her personal cash to Australia and Canada. She wants to have a place to go if things blow up here.

Canada has a lot more fiscal and bank responsibility than most places in the world and lots of natural resources.

We have a retreat that’s right on the Quebec border. We own 18 miles on the border, so we can cross. Anytime we want to we can get away.

It would probably be illegal but we could go. Actually our snowmobile trail goes right on the border.

WSJ: Do you have faith in the dollar?

Mr. Malone: None. I think we’re enjoying right now the fact that it’s a race to the bottom with Europe. The concern about the Mediterranean countries, I think perhaps is overdone. But it led to a flow of cash into the U.S. and therefore strengthening the dollar.

And keep in mind you have all these corporations that are cash rich now because they fear for the worst. So they’ve built up cash hoards. But where do they put the money? They put it in money-market funds. What does the money market invest in? Short-term government securities. That’s how we’re financing this federal deficit.

WSJ: Do you think President Obama should be re-elected?

Mr. Malone: I don’t think he should have been elected in the first place. I think he’s incompetent. But now, I’ve thought that of the last couple presidents. [Obama’s administration] is all academics and lawyers. I’m afraid that our real problems are systemic and longâ€‘term. And lawyers are primarily trained in fighting over the pie, not making the pie bigger. And this country definitely needs to think about making the pie bigger.

Though Mr. Malone did not elaborate on his bug-out plan, it’s obvious that he and his wife have one in place. He may not look like a doom and gloomer, but it sounds like he’s considered the possibility of a complete collapse in the United States of America. Otherwise, why suggest that if something were to happen, he could get away?

In a worst case scenario in the United States, Malone is prepared to cross into Canada from his border property or jump on a jet to Australia.

What could go so horribly wrong that this billionaire would want to exit the United States for safety in Canada or Australia?

We suspect it’s the same set of eventualities that we often discuss here at SHTF Plan.

This story was brought to our attention by the Shenandoah Blog.