Unprecedented Weakness in Global Trade: “Obvious That We Reached Peak Trade in 2007” 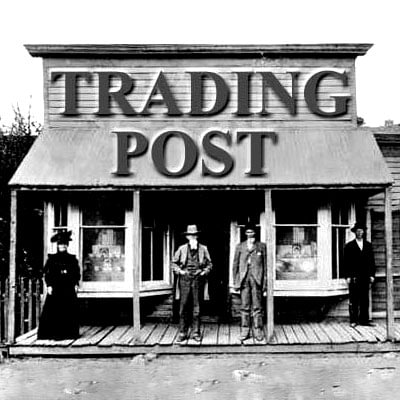 Editor’s Comment: All the central banks’ horses and all the central banks’ men couldn’t put the global economy back together again. The grinding halt of “growth” in global trade is just another aspect of the tough times facing financial forecasts. The Baltic Dry Index (BDI) showed extremely foreboding signs towards the beginning of this year that the shipping of global commodities for trade was at a disturbing low point dating back almost a decade.

Meanwhile, the warnings about the overvalued and burst-prone stock market bubble have also been noted again and again. The Fed’s decision – whether or not to hike rates – will have a huge impact, but things look gloomy and vulnerable regardless. We will continue to track this, and keep in mind that no man knows the hour; this manipulated economy is devoid of life signs, but could limp along, undead and feeding off of other’s life energy, almost indefinitely as well.

WTO’s Stark Warning On Global Trade: “The Timing Belt On The Global Growth Engine Is Off”

One narrative we’ve built on this year is that the subpar character of the global economic recovery isn’t just a consequence of a transient downturn in demand from China whose transition from an investment-led, smokestack economy towards a model driven by consumption and services has effectively caused the engine of global growth to stall. Rather, it seems entirely possible that an epochal shift has taken place in the post-crisis world and the downturn in global trade which many had assumed was merely cyclical, may in fact be structural and endemic.

We touched on this in “Emerging Market Mayhem: Gross Warns Of ‘Debacle’ As Currencies, Bonds Collapse,” when we highlighted a WSJ piece that contained the following rather disconcerting passage: “Central to this emerging-market slump is the unprecedented weakness of world trade, which has now grown by less than global output for the past four years, unique since World War II.”

This echoes concerns we voiced in May, when BofAML was out warning that if “wobbling” global trade turned out to be structural rather than cyclical, “then EM economies should not count on meaningful demand boosts coming from above-trend growth in DM.”

Most recently, we looked at freight rates (which, incidentally, Goldman predicted earlier this year will remain subdued until 2020) noting that despite a dead cat bounce in the Baltic Dry, “freight rates on the world’s busiest shipping route have tanked this year due to overcapacity in available vessels and sluggish demand for transported goods. Rates generally deemed profitable for shipping companies on the route are at about US$800-US$1,000 per TEU. In other words, at current prices shippers are losing half a dollar on every booked contractual dollar at current rates.”

Now, WSJ is back with a fresh look at the new normal for global trade and unsurprisingly, the picture they paint based largely on WTO data and projections, is not pretty. Here’s more:

For the third year in a row, the rate of growth in global trade is set to trail the already sluggish expansion of the world economy, according to data from the World Trade Organization and projections from leading economists.

Before the recent slump, the last time trade growth underperformed the rate of an economic expansion was 1985.

“We have seen this burst of globalization, and now we’re at a point of consolidation, maybe retrenchment,” said WTO chief economist Robert Koopman. “It’s almost like the timing belt on the global growth engine is a bit off or the cylinders are not firing as they should.”

Since rebounding sharply in 2010 after the financial crisis, trade growth has averaged only about 3% a year, compared with 6% a year from 1983 to 2008, the WTO says.

Few see any signs that trade will soon regain its previous pace of growth, which was double the rate of economic expansion before 2008. In 2006, global trade volumes grew 8.5%, compared with a 4% expansion in global GDP.

This year the WTO is expected to cut its 2015 trade forecast a second time after a sudden contraction in the first half of the year—the first such decline since 2009.

And this, bear in mind, is the environment into which the Fed intends to hike, even as the emerging economies which have been hit the hardest by the slowdown in trade (which has served to depress commodities and wreak havoc on commodity currencies) would likely suffer from accelerated capital outflows in the wake of an FOMC liftoff.

What’s also notable here is that this comes as central banks have engaged in round after round of easing in a desperate, multi-trillion quest to boost global growth, suggesting that competitive devaluations are a zero sum game and to the extent that individual countries can boost exports in the short term by devaluing, that gain comes at someone else’s expense, meaning, in The Journal’s words, “foreign-exchange moves have little chance of raising trade overall” and even if they did, the backdrop of depressed demand means that what many EMs are producing, no one now wants, irrespective of how cheap it may be.

Make no mistake, the most worrying part of the new normal for trade is what it portends for emerging markets. We’ve already seen Brazil’s investment grade rating cut by S&P as the country careens headlong into fiscal, political, and economic crises. As Morgan Stanley put it in August, Brazil is the epicenter and one can reasonably expect that other EMs will follow in its footsteps should the WTO’s projections about the sturctural nature of depressed global demand and trade prove accurate. What comes next is the descent of the emerging world into frontier status, and as we’ve put it on several occasions, after that it will be time to break out the humanitarian aid packages.

Of course, as we mentioned late last month, there is one more possibility: central banks could learn how to print trade.