Repeated warnings about food stores and rising prices over the last year have gone unheeded by the masses, who remain concerned about stock markets, Mike ‘The Situation’Â  and Snookie’s next Jersey Shore party destination, and whether or not they will be able to upgrade to the next iteration of the iPhone before the Jones family next door.

But while Americans continue to put focus on consumption, a hidden menace is creeping up and will eventually spill into the mainstream – albeit too late for those who weren’t paying attention. Though not yet reflected in day-to-day retail prices of food, it’s only a matter of weeks or months before consumers start to realize their grocery bills are increasing by 20%, 30% or more.

UK Telegraph commentator Ambrose Evans-Pritchard writes about the growing concerns of food production around the world:

The Moscow bank Uralsib said half of Russia’s potato crop has been lost and the country’s wheat crisis will drag on for a second year, forcing the Kremlin to draw on world stocks.

Wheat prices have risen 70pc since June to $7.30 a bushel as the worst heatwave for half a century ravages crops across the Black Sea region, an area that supplies a quarter of global wheat exports. This has caused knock-on effects through the whole nexus of grains and other foods.

“We had hoped things would calm down by September, but they haven’t: more commodities are joining in,” said Abdolreza Abbassanian, grain chief at the UN’s Food and Agriculture Organisation.

The UN fears a repeat of the price spike in 2008 that set off global food riots. Wheat prices are still far below the $13 peak they reached then, and the global stocks to use ratio is still “safe” at 22pc. However, the outlook is darkening.

“It is not yet a crisis but things are precarious. If there is another bad year in Russia and Ukraine, this will leave us prone to shocks. All it takes then is one piece of bad news,” he said.

In 2008, when energy and food prices sky rocketed to historical highs, Americans were under the impression that things had never been better. No one realized that the added pressure of high food, energy and commodity prices had lead to one of the deepest economic recessions in our history.

While Americans were enjoying filet mignon and upper-class dining experiences, billions around the world were on the brink of starvation. Hungry people the world over were protesting in the streets, not because of politics, but because they couldn’t afford to eat.

The following pictures from around the world give us a glimpse of what life is like when food is too expensive for the lowest classes of society:

Circa April 2008
Source: The Road to the Horizon 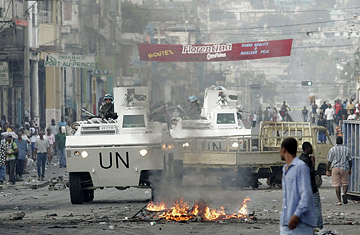 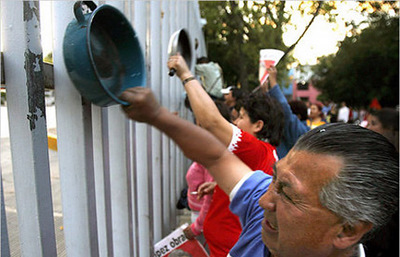 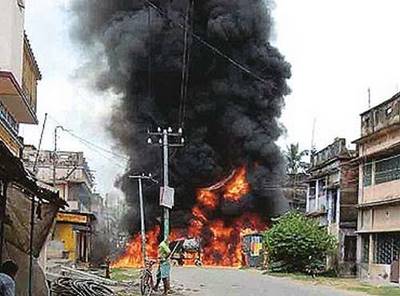 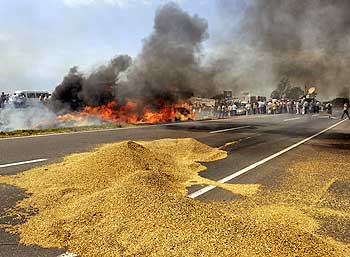 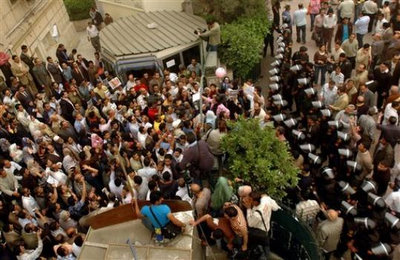 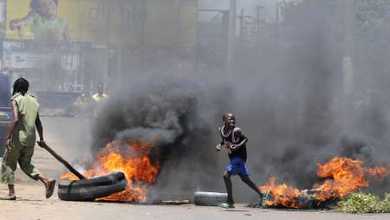 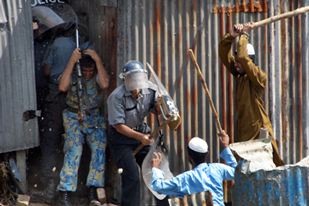 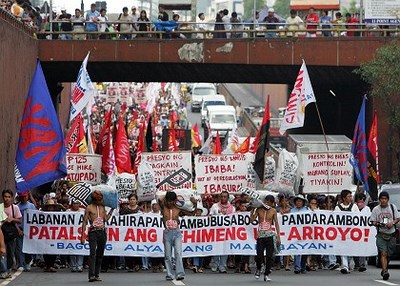 Food protest in the Philippines

For those of us living in consumptive comfort here in the United States, watching children, friends and neighbors starve is something only depicted in Hollywood productions. But outside of our borders, it’s real – and it’s happening to real people.

In a recent correspondence SHTFplan reader Dennis suggested that there is a significant chance that a large-scale global food crisis is looming. Russia’s wheat problems are only part of the global food distribution network:

As most folks know, Russia has shut down it wheat exports. To add to their problems, now they don’t have enough rainfall to plan winter wheat for next year’s harvest. Pakistan was a major grain grower. Their production is all but wiped out due to floods. They do not have the weather or resources to replant for next season. Tens of millions are directly affected. China is now importing corn and quietly locking in large tracts of crop producing land in Africa, S. America and elsewhere. We may have a “perfect storm” brewing concerning a long-term, global food crisis right at our doorstep.

And the problems aren’t just limited to the third world and emerging economies. An article published by Eric deCarbonnel of Market Skeptics gave advance notice in December of 2009 about the global food disaster being just months away. According to deCarbonnel, the U.S.D.A.’s food reports are grossly exaggerated and we have nowhere near the wheat and other food commodities in our reserves that the government has reported.

When food prices shot up in April of 2010 at a monthly rate of 2.4%, we were concerned that a continuation of the trend could lead to serious inflationary pressure on food and estimated that costs could rise 25% to 30% per year. This alone would put significant strain on an unsuspecting U.S. consumer, potentially leading to even more economic malaise.

If you thought that was bad, consider what is happening in commodity markets today.

While the Federal Reserve is taking action to fight deflation in the broader economy, the real story is that inflation, or in this case agflation, is alive and well, and it could lead to serious financial, economic and social catastrophe if not reined in.

Karl Denninger of the Market Ticker points out that commodity prices for agri-based products have risen significantly in just the last two months:

This is the game being played to “pump confidence” in the stock market.Â  The Fed comes in and “POMOs” their so-called MBS “rolloffs”, and the money immediately goes into speculation.Â  This drives up equity prices, but it drives down the dollar by more (about 12% since this new “POMO” program began in June) and in turn this is immediately reflected in higher commodity prices.

All of this, of course, is food.Â  Both directly, in what you eat, and indirectly in what you eat eats.Â  It’s feed for poultry, beef and pork, along with your direct consumption.Â  And all of it is up at inflation rates that are in pure hyperinflation territory – all of these changes in price are over the last TWO TO THREE MONTHS! Annualized that rate of change and you see terrifying numbers – from clean doubles to quadruples.

Those who claim that “all that will happen is that oil will go up a bit” are dead flat wrong.Â  The move has already happened.Â  The debasement of the currency that Bernanke has foisted off on you as “good” by “supporting” the stock market has in fact led to some small support in the stock market.

But it has added anywhere from 20-80% to the cost of the materials that go into your food in the last three months alone, most of it due to speculation – exactly as was OIL when it went to $147 and drove gas to the moon a couple of years ago.

It may, in fact, cause literal starvation.

We will not discount the possibility that the food prices are being driven by mass speculation, as they were in the bubble top of 2007/2008, which may once again lead to a collapse in these prices if (and/or when) we experience a broader economic and financial market crash. However, it is clear that the United States and most other countries around the world are in a race to the bottom in terms of currency manipulation, as was recently stated by the President of Brazil – which means that as currencies around the world are debased, there will be a steep price increase reflected in essential commodities like food and energy.

In Wealth Preservation, Investing, and Prepping in 2010 we wrote about the imminent destruction of the US dollar and the effects that may have on asset prices – and one thing is clear if this theory comes to fruition – the price of everything important to your daily survival is going to rise.

As such, we continue to be of the opinion that in addition to traditional investment vehicles to protect wealth during times of economic crisis and government instability, investing directly into hard assets is a necessary component of emergency preparedness.

In the case of rising prices and agflation, the most effective investment vehicle outside of traditional paper commodity investing is to acquire physical possession of foodstuffs.

Though one cannot store everything you’d like due to cost and freshness, essential foods critical to survival such as wheat, corn, rice, beans, oats and fats can at the this time be purchased for reasonable prices at retail outlets and significant discounts when purchased in bulk.

A 25 lbs bag of rice, for example, is currently available for about $13 from a local grocery retailer. If a food crisis were to become reality and mainstream news begins to report on it, you can be assured that this bag of rice would rise significantly. Even an adjustment to reflect the current commodity market price could boost the cost of that bag of rice from $13 today to $17 literally over night; and that could happen right now.

Thus, we recommend to those of our readers concerned with the potential for hyperinflationary food prices over coming years to store the essentials. If not for a catastrophic emergency, then simply from an investment standpoint.

If packed properly, the aforementioned essential commodities can store for, literally, years. Rather than paying two or three or four times the price a few years from now, investing in grains and other food provides not only a great investment opportunity, but peace of mind for you and your family.