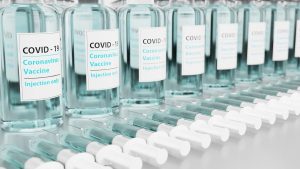 The White House has a plan to “quickly” vaccinate 28 million children! The children the government has targeted for these shots are aged 5-11.

Pending authorization from the Food and Drug Administration, the United States government will begin pushing hard to get around 28 million children injected with the “vaccine” that is being shown to destroy people’s immune systems.

The shot, which also doesn’t prevent transmission of Covid-19 will be available at pediatricians, local pharmacies, and possibly even at schools, according to the White House, which expects FDA authorization of the Pfizer shot for children – the least likely to fall seriously ill or die from the virus, in a matter of weeks, according to the Associated Press.

Since everything about this scamdemic has been a lie and based on the evidence coming out about what these “vaccines” are doing,  the real pandemic is going to be these shots. We are in big trouble if enough parents fall for this and get their kids “vaccinated.”

Federal regulators will meet over the next two weeks to weigh the benefits of giving shots to kids, after lengthy studies meant to ensure the safety of the vaccines.

Within hours of formal approval, expected after the Centers for Disease Control and Prevention advisory meeting scheduled for Nov. 2-3, doses will begin shipping to providers across the country, along with smaller needles necessary for injecting young kids, and within days will be ready to go into the arms of kids on a wide scale. -AP

According to the announcement, and as reported by ZeroHedge, the White House has secured enough to supply more than 25,000 doses for pediatricians and primary care physicians who have already signed up to deliver the vaccine, while the country now has enough Pfizer vaccines to jab roughly 28 million kids who will soon be eligible, meaning this won’t be a slow roll-out like we saw 10 months ago when doses and capacity issues meant adults had to wait.

Isn’t it strange that food cannot get to store shelves in the United States, but there are always plenty of these shots, needles, and syringes to go around? The sad fact that far too many have failed to put two and two together on this is a testament to just how well propgandized fear works to control people and coerce them into giving up their logical thought processes.

Meanwhile, the White House is rolling out an ‘advertising’ campaign to convince parents and kids that the vaccine is safe and effective. According to the report, “the administration believes trusted messengers — educators, doctors, and community leaders — will be vital to encouraging vaccinations.”

“COVID has also disrupted our kids’ lives. It’s made school harder, it’s disrupted their ability to see friends and family, it’s made youth sports more challenging,” said surgeon general Dr. Vivek Murthy in a Wednesday statement to NBC. “Getting our kids vaccinated, we have the prospect of protecting them, but also getting all of those activities back that are so important to our children.” ZeroHedge

To top it all off, the Centers for Disease Control and Prevention Chief Rochelle Walensky says her agency will still recommend that children be muzzled while in indoctrination camps, even after the vaccine is approved for kids. 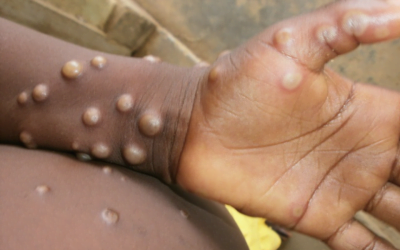